Jim Clyburn of South Carolina say the Republican resistance is a political, even racist, ploy to withhold critical help from the nation's poorest and most hard-hit communities.

These four governor's represent states that are in the black belt. I was insulted by that All of this was a slap in the face of African-Americans. Here's an example of the racist slap, as administred by Louisiana Gov. Bobby Jindal did I mention that he's not white? But that just proves Clyburn's case: everybody knows that whatever Southern Republicans do is racist, no matter what they say.

First, Abu Qatada - "Osama Bin Laden's right-hand man in Europe" - has been given leave to stay in Britain by the European Court of Human Rights - and has also been bunged some money to compensate him for having been banged up in the first place. And no sooner have we cleared the champagne flutes away and banished our hangovers after this celebration than it is reported that Binyam Mohamed is on his way back too.

Binyam has been in Guantanamo Bay for a while, having been accused by the Americans of wandering around the Hindu Kush looking for infidels to murder, like a sort of well-armed Norman Wisdom with a grievance. He says he's innocent and has been tortured by America's flunkeys. Binyam is an Ethiopian who was never awarded full citizenship here, so it's a real stroke of luck that we end up with custody of the man. Old Abu, meanwhile, is wanted on terrorism charges in half of Europe and Jordan as well, but the European Court has decided in our favour: we can keep him while it mulls things over for a while.

Qatada was the supposed inspiration and spiritual guide for the fabulously inept shoe bomber Richard Reid, the chap who tried to blow up an aeroplane with explosives hidden in his trainers but forgot to take a lighter with him and couldn't manage to strike a match properly. Qatada also believes that Muslim states should have no truck with infidel cockroach western democracies, although he seems to have quite enjoyed living here these past few years, denouncing the Jews and playing jihadist war games on his PC.

In this he is a little like the giggling, bearded Sheikh Omar Bakri Mohammed, who railed against our filth and decadence for years until he was peremptorily deported to Lebanon, whereupon he immediately pleaded to be allowed to return home to his semi in Edmonton, in case he was blown to pieces by an Israeli shell. No, mate, you stay where you are: should have been a bit nicer while you were here, shouldn't you? There is a certain train of thought that insists all these people should be either imprisoned indefinitely or deported to one or another dusty Middle Eastern satrapy, where their views might accord with those of a greater proportion of the population.

My own view is that they shouldn't have been allowed into the country in the first place. In almost all cases we knew they weren't the sort of people with whom you might share a convivial weekend, but were implacable Islamists who loathed us even more than the countries from which they fled. But in most cases we couldn't send them back because those countries might treat them in an uncivilised manner - pulling out their fingernails, shooting them in the back of the head and so on.


The fact that each arriviste yearned for regimes in their native countries even more unpleasant than the ones from which they had escaped, and also to blow us up at the same time, cuts no ice with international law. International law, then, must change. It was constructed in less barbarous times - the times of Hitler, Stalin, people like that.

Once here, though, and granted citizenship, they should be given due process. Treating people decently and with due process is about our only trump card in this wearying and debilitating battle against the jihadists. They, of course, think our adherence to the letter of the law is a weakness to be derided, which is why it is such a propaganda coup when they really are transgressed against, when they are treated differently from how we would treat any suspected criminal. So much for your democracy, they say. Abu Qatada should not have been allowed into the country, but once here he should not have been imprisoned indefinitely when there was clearly insufficient evidence to convict; the same applies to Sheikh Abu Hamza al-Masri, still incarcerated in Belmarsh while the Americans cobble together evidence against him by fair means or foul.

Obama said, "missing from too many lives and too many homes. They have abandoned their responsibilities, acting like boys instead of men. And the foundations of our families are weaker because of it. Obama's speech focused on those fathers not "stepping up. Yes, there are too many fathers who have been unsupportive of their families.

But what about those fathers who, while putting forth efforts to be responsible parents, are discouraged from doing so? What about the other side of the "deadbeat dad" phenomenon: the "denied dad"? What about the fathers who've had to turn themselves into a multi-tasking blend of Dr. King, Thurgood Marshall, Mahatma Ghandhi and Suge Knight just to obtain a meaningful presence in their children's lives? Men like Chris Gardner, who transformed the challenges of being a homeless single father into tremendous success as a millionaire stockbroker and motivational speaker, inspiringly portrayed by Will Smith in the box office smash "The Pursuit Of Happyness.

The president, despite growing up without his own father, the late Barack Obama, Sr. One needn't be too intrusive into the personal affairs of the First Family to observe from afar, the warm, mutual love between two precious daughters and a doting, devoted father. In that Father's Day speech last year, the president missed an opportunity to discuss those fathers who do make every attempt to fulfill their moral, spiritual, ethical and financial obligations as parents.

These fathers have been rebuffed by the legacies of slavery and Jim Crow, harmful government family policies, a faulty family law process, too many mothers conditioned to be indifferent and sometimes hostile to father relevance, and a popular culture that often parodies fatherhood literally into cartoonishness.

My friend Donald is one of those "denied dads. But Donald is also divorced. After a brief marriage, he separated from his ex-wife, with whom he had a daughter.

My friend Donald did not spend any time with his daughter this past Christmas. In fact, since , Donald has not spent a Christmas - or any day, for that matter - with his daughter, despite paying child support, attending court-ordered parenting classes, retaining court-ordered therapists and law guardians, and obtaining contempt orders and awards of lawyer reimbursement fees against his ex-wife. For all the lip service paid to encouraging responsible fatherhood, actually facilitating it has been another story. Donald is a hard-working family man, an African-American father who has spent tens of thousands of dollars in legal fees mostly with lawyers indifferent to his family's welfare or the law attempting to remain a meaningful presence in his daughter's life.

THE FIRST LAW - why it is first in my heart

A judge last year opined over Donald's fight to co-parent his daughter: "Affirmative action needs to be taken to ensure that she is permitted to love and have a relationship with her father as well as her mother. He was lucky. Most "denied dads" don't get that kind of exposure. Thabiti Boone, a Brooklyn-based community and family activist chosen as a "CNN Hero" in , who raised his now-adult daughter alone as a struggling single father, tells stories of being turned down for support by New York social service agencies because he wasn't a mother.

Harlem educator Kevin Williams was denied court-enforced child support while he was a custodial parent. In the tragic case last year of Long Island mother Leatrice Brewer, who stabbed and drowned her three young children to death, the fathers of her children had petitioned local family courts to award custody to them, citing Ms. Brewer's obvious mental illness and instability. The courts rebuffed the fathers, cementing a horrific fate for their children.

The Problem of Missing Fathers For many African-American families and communities, father disengagement and marginalization has become not a cultural shame, but a cultural norm. According to a recent Child Trends DataBank report, Most Black, two-parent families with children don't break up - they never form to begin with. So, when we examine the severe disparities in educational outcomes between, let's say, African-American and Asian-American children, why are we so reluctant to consider the radical difference in how families are structured?

It was by destroying the Negro family under slavery that white America broke the will of the Negro people. Although that will has reasserted itself in our time, it is a resurgence doomed to frustration unless the viability of the Negro family is restored. Responding to the Moynihan report, sociologist Herbert J.

Gans declared: "The matriarchal family structure and the absence of a father have not yet been proven pathological, even for the boys who grow up in it. These views may have seemed complimentary to some African-Americans at the time, but it obscured the reality - a reality that saw families drawn into deeper forms of social disconnection, poverty and violence. What soon developed was a malady not in existence even during slavery and Jim Crow: fatherless Black housing projects and neighborhoods. As communities became fatherless, they also became man-less. The removal of Black adult males from these areas due to homicide, incarceration, unemployment, military service, drug treatment, mental institutionalization and divorce occurred at a rate usually reserved for high-casualty wars.

It was the "Daddy-as-ATM" theory. This "theory" served as the engine that still drives public policy to focus on aggressive child support collection from fathers, rather than encouraging strong, comprehensive relationship moral, spiritual, ethical and financial connections between fathers, mothers and children. To paraphrase the adage: Failure doesn't have a single-parent. It indeed is orphan. For all the criticism flung directly at hip-hop some of it valid , many rappers have revealed through song and statement, how far off the mark the social scientists of the 60s and 70s actually were.

Tupac told MTV News shortly before his death that "growing up without a father is what made me cold and bitter.

President Obama should consider revisiting and updating it. One highly effective move by the president would be to recruit the First Lady, Michele Obama, to lend her status legal experience and credibility to a re-examination of the report, along with a current assessment of the critical issues that have so divided many families, such as the high out-of-wedlock birthrate, and radically fatherless African-American and urban neighborhoods.

Obama currently commands a respect that has been generally reserved for cherished figures such as Coretta Scott King and Betty Shabazz. Not only did she evidence unflagging support for her husband, she was critical to his success during primaries. Do we truly believe that Mr. Obama dominated Black women's vote during the primary because of his smooth jumper from 15 feet out? 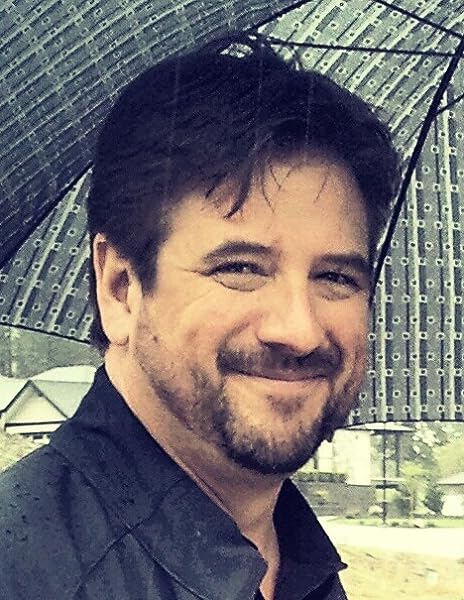 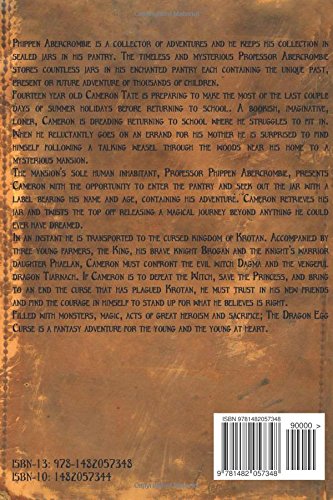 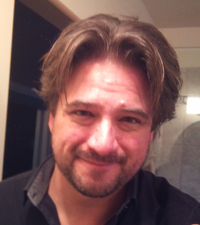